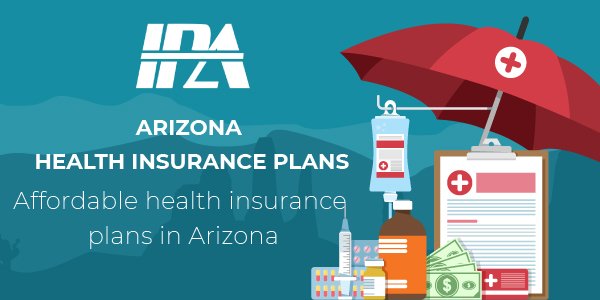 The window to buy health insurance is now open!

The health insurance enrollment period is upon us. If you are currently uninsured or are looking to switch your insurance plan, now is the time to evaluate your options and find the plan that is best for you and your family.

Despite some misinformation being peddled online, the Affordable Care Act (aka ObamaCare) is still in full force and effect.

This means that the federal and state healthcare marketplaces (also called exchanges) created under the law are still operating, with the enrollment period now open until December 15th.

After that, you won’t be able to purchase health insurance that is fully compliant with federal law until October 2020.

The healthcare exchange offers, for all intents and purposes, side-by-side shopping for different insurance plans for you and your family – mostly done online.

Insurers offer different plan options to choose from, dependent on which county and state the person resides.

There are thirteen states that run their own healthcare exchanges. All other states, including Arizona, use the federal exchange – healthcare.gov.

Individual and family health insurance plans offered on the exchange are fully compliant with the ACA, which means they provide mandatory coverage for things such as pre-existing conditions and addiction treatment.

After December 15th, the only health insurance you can buy for yourself or your family is short term insurance, which doesn’t include the same minimum coverage mandates.

You may qualify for subsidies to help lower your monthly bills!

The healthcare exchanges offer premium subsidies and cost-sharing reductions for those that qualify, in order to reduce premium and out of pocket costs as much as possible.

The subsidies are essentially tax credits. So if you don’t apply for the subsidy because you don’t believe you qualify, but have a life-changing event, such as losing your job, down the road that causes a decrease in your monthly income, you can still claim the tax credit on your income tax return.

Individuals and families who earn less than 400% of the federal poverty level may be eligible for these subsidies to help them afford their monthly premiums.

In 2019, 160,456 residents of Arizona purchased health insurance plans through the federal marketplace and 84% of them qualified for a federal subsidy. Another 48% qualified for further cost-sharing reductions.

What types of health insurance plans are available in Arizona?

There are four different levels of plans offered on the federal healthcare exchange — catastrophic, bronze, silver and gold.

Gold plans on average have the highest monthly premiums but lower out of pocket costs when you need medical care, even emergency care.

According to the federal government, Gold may be a good choice if you have a lot of medical issues and need a lot of care or would rather pay more upfront and know that you’ll pay less when you get care.

On the flip side, bronze plans have on average the lowest monthly premiums but the highest out of pocket costs when you use medical services.

The deductibles for these plans can be thousands of dollars every year. If you are relatively healthy, do not anticipate needing medical care in the near future but still want coverage for emergencies, this may be the plan for you.

Silver plans fall right in the middle of gold and bronze as far as the cost of monthly premiums and deductibles.

Silver is the most popular level consumers in Arizona purchased for 2019. Again, if you qualify for cost-sharing deductions you MUST select a silver plan.

These plans normally have low monthly premiums but high deductibles, for those that feel they cannot afford more coverage and higher premiums. They cover less than 60 percent of the cost of essential health benefits than full private insurance, but are still compliant with the Affordable Care Act and cap out of pocket costs.

Once you pay your deductible, these plans will pay for emergency medical care and hospital stays. Preventative care, such as annual check-ups and vaccinations, are usually fully covered as well before you have to pay any out of pocket costs like a deductible.

These plans are restricted to people under the age of 30, or people of any age experiencing financial hardship. There are two main types of hardship exemptions that allow a person to apply for catastrophic plans: Personal hardship and affordability.

These exemptions can include a loss of your job, homelessness, bankruptcy or foreclosure.

Who will be offering health insurance in Arizona for 2020?

For 2020, private health insurers are expanding the number of healthcare plans they will offer to Arizona residents through the healthcare marketplace.

These plans can be purchased by anyone needing health coverage for 2020 that is not already enrolled in their employer’s plan, or already on Medicare or Medicaid.

For residents living in Maricopa County, there are now five health insurance companies that will be offering coverage, up from four a year ago.

According to the Arizona Republic, those five companies that confirmed they will be offering plans in Arizona are:

For those living outside Maricopa County, again according to the Arizona Republic, there will be more options as well. Ambetter from Arizona Complete Health will expand to sell 2020 plans in Gila, Graham, Greenlee, Pinal and Santa Cruz counties, after only offering plans in Maricopa and Pima County last year.

Blue Cross Blue Shield of Arizona will sell plans in all 15 counties in Arizona. The company has not sold health insurance to Maricopa County residents in three years.

Residents of Pima County will have a choice of plans from at least three different insurers:

All five health insurance companies offering plans in the state of Arizona in 2020 have revised their premium rates for individual health plans from one year ago. Those changes are as follows:

Ambetter from Arizona Complete Health will have on average the same rates for individuals as 2019. Bright Health will show an average increase in rates of .08%.

Cigna plans will have a 3.1 percent average rate decrease from last year for individuals.

All of the carriers added the cost of cost-sharing reductions to silver plan rates for 2019, per the Arizona Department of Insurance.

One thing to keep in mind: The number of premium subsidies offered is based in large part on the cost of the overall plan. So some Arizona citizens could see smaller subsidies to help with their premiums because the premiums are less, leaving them with higher payments every month.

Considering 85 percent of Arizona exchange enrollees receive premium subsidies, this is extremely important to keep in mind when selecting the right plan for you.

Blue Cross and Blue Shield of Arizona will have rate increase between 5 and 5.9% for small groups.

Depending on the type of group plan (HMO, PPO or POS), Aetna will have a rate increase as high as 5.4% to an average rate decrease of 2%.

Cigna could see premium increases as much as 13.5% for small groups.

What about Government health insurance?

For those that qualify, there are also two government insurance programs that are available year-round: Medicaid and Medicare.

Medicare is a government insurance program that primarily covers people over the age of 65. Medicaid is mostly for people that are unable to afford private insurance.

The Initial Enrollment Period for Medicare enrollment is the seven-month period that begins three months before you turn 65 includes the month of your 65th birthday, and ends three months later.

Patients may include people who must use ventilators to breathe for an extended period of time or have life-threatening injuries that take a long time to heal.

Medicaid and the Children’s Health Insurance Program (CHIP) provide free or low-cost health coverage to millions of Americans who could not otherwise afford health care. This includes people of all ages, disabled Americans and, as the name CHIP implies, children.

These government health insurance programs are available for enrollment year-round. Medicaid and CHIP do not have open enrollment periods.

Medicaid is a federal health program that is run and managed by the states. In Arizona, Medicaid is managed by the Arizona Health Care Cost Containment System (AHCCCS), the agency that offers medical health insurance for thousands of Arizona citizens every year.

Both individuals and families who fall at or below 138 percent of the poverty level may be eligible to receive Arizona state insurance. A single adult cannot make more than $16,643 per year if they hope to qualify. A family of four can make up to $33,948 and still qualify.

There are thousands of uninsured Arizonans that are still currently eligible for free health insurance under Medicaid, according to Arizona officials. You can find out if you qualify for Medicaid and the Children’s Health Insurance Program (CHIP) by filling out a healthcare marketplace application.

How do I decide what the best plan will be for me?

Overall, there are a lot more options in Arizona than in years past. There are several plans to choose from, depending on where you live in Arizona, all with different coverage and costs.

It costs you nothing to talk with a health care expert to help you navigate these plans and find the best choice for you and your family.

So get in touch with us today! Because of December 15th – the last day you can enroll until October 2020 – will be here before you know it!

And now I’d like to turn it over to you:
Did you learn something new from this guide? 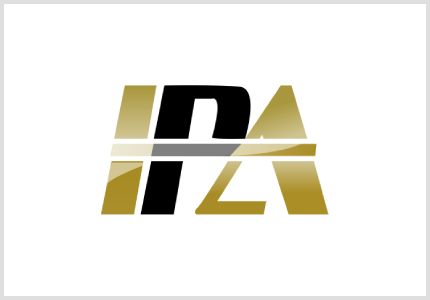